May 16, 2012
First off, let me start by saying this place is free to get into!  I’m all about free stuff, aren’t you?  Also, we went twice.  The first time was a group tour with a combination Vatican tour.  I wasn’t feeling well that day, so we went back a second time and I’m glad we did.

What’s the difference between a group tour and an individual tour?  The line.  If you go on your own, you will wait in a long line to get in.  But, it moves pretty quickly. 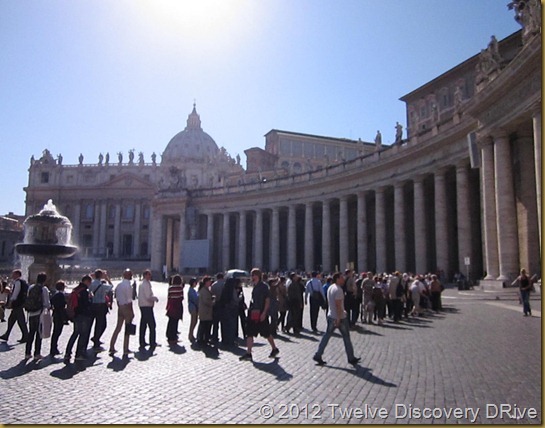 Peter, the first Apostle and the first pope (he reigned for 25 years) and leader of the Church was the reason that the most important basilica in the Christian world, the St. Peter's Basilica, was built in Rome. Peter was given his name by Jesus because he was destined to be the foundation on which the church would be built.

Peter died by crucifixion in 64 AD on the Vatican Hills. Emperor Constantine, the first Christian emperor of Rome, ordered a basilica be built on Vatican Hill. The location was symbolic: this was the place where Saint Peter, the chief apostle, was buried.  The church was completed around 349 A.D.

Eventually, the Basilica began falling into ruin and Nicolas V ordered the restoration and enlargement of the church. After Nicolas V died, works were halted. In 1506 pope Julius II laid the first stone of a new basilica which was to become the largest in the world.

Julius II appointed Donato Bramante as the chief architect of the new Basilica. In 1547 Michelangelo succeeded Bramante. He designed the imposing dome and altered some of the original plans. Michelangelo died in 1624, two years before the St. Peter's basilica was dedicated. Ever since, this church has been the center of Christianity, drawing pilgrims from all over the world.

The building itself is truly impressive and is considered the the largest church in the world. The dome reaches more than 450 feet. The interior, which includes 45 altars, is decorated by many famous artists. Some of the most important works in the church are the Pietà by Michelangelo, the papal altar by Bernini, the Throne of St. Peter - also by Bernini - and the Monument to the Stuarts by Canova.

The papal altar by Bernini (NOTE: This picture was taken with an IPhone).  Isn’t it absolutely beautiful with the light shining through) 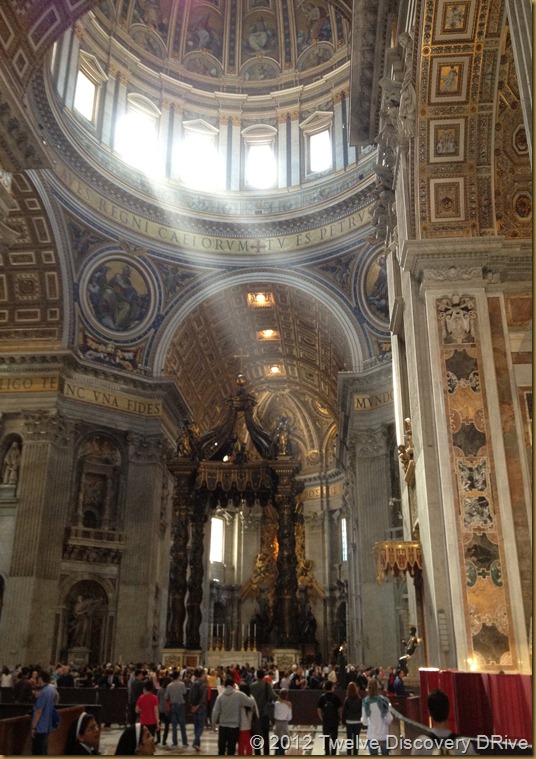 The Throne of St. Peter - also by Bernini 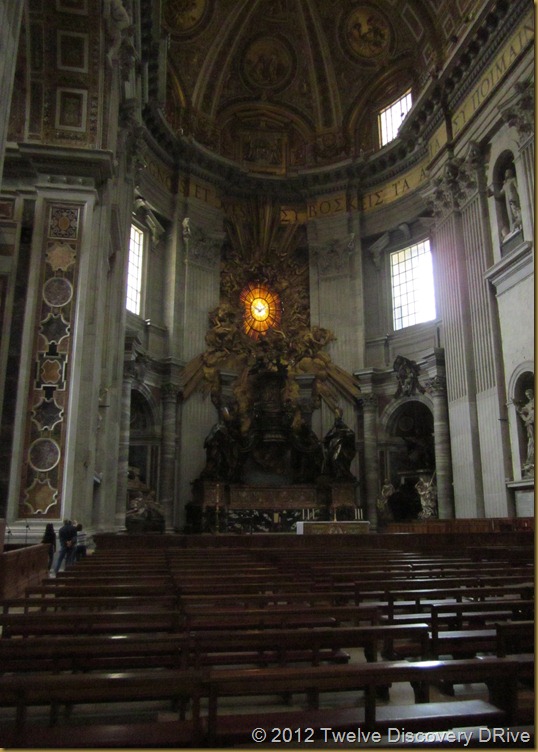 The Door of Death so called because it used to be the exit for funeral processions: 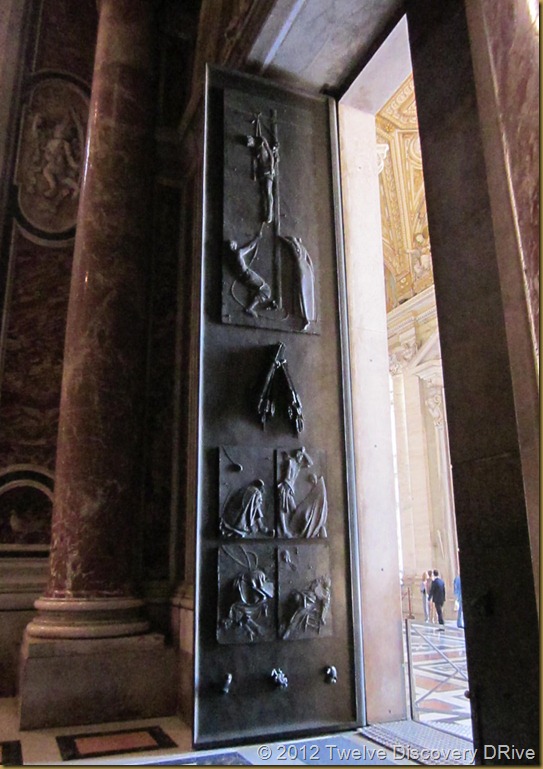 Other images from inside the Basilica – this place should definitely be on your bucket list!  It is beautiful beyond words. 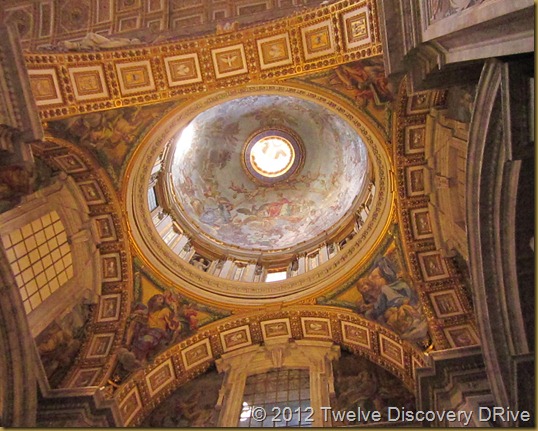 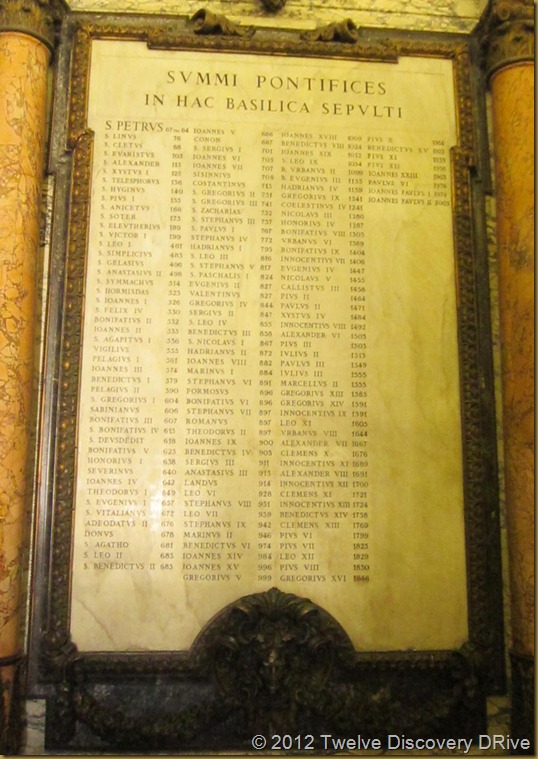 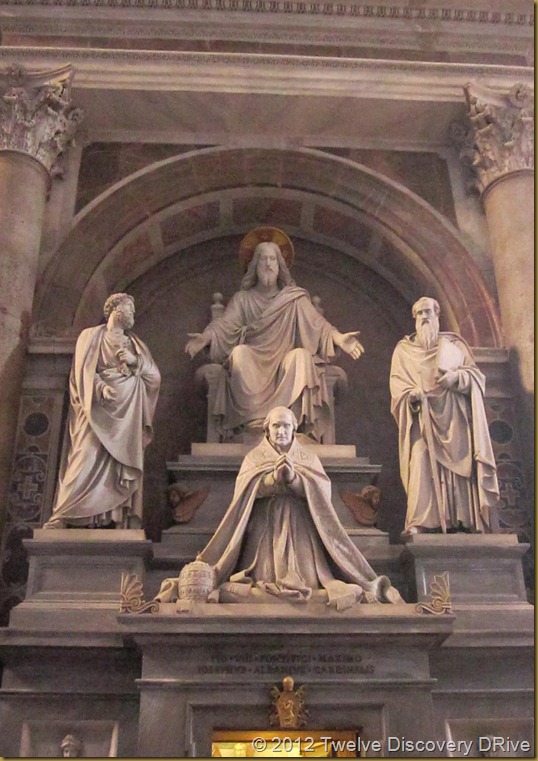 Here is the front of the Basilica. 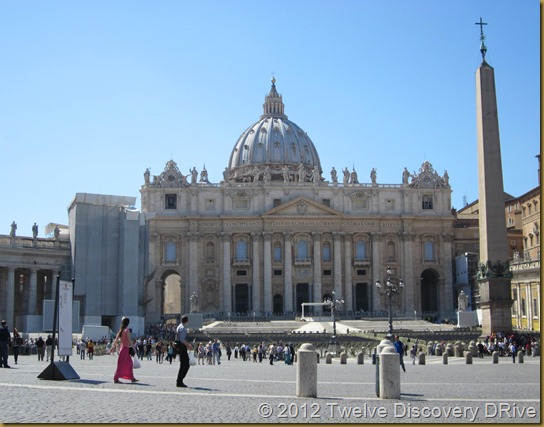 Near the entrance of the Basilica you will probably encounter some of the famous Swiss guards.

Since 1506 when pope Julius II invited Helvetian soldiers to join the small Vatican army, they have been the guards of the Vatican and the pope in particular. All entrants to the army must be Swiss, catholic and they must take the oath of loyalty to the pope. This oath is taken May 26th. 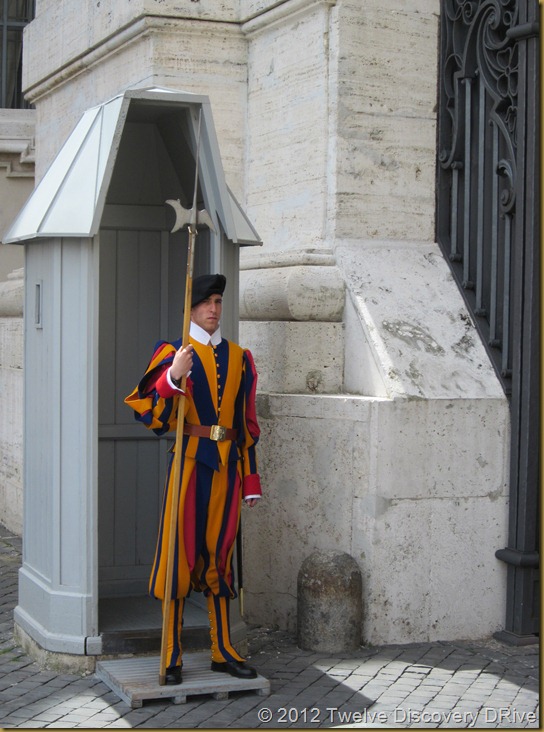 Sources for the history of St. Peter’s Basilica