Eating in Rome: Pizza, Cannelloni or Cannoli...Careful what you Order

May 09, 2012
After touring the Vatican, we had a chance to try some local food before hopping back on the bus.  What would you try if you were in Italy? 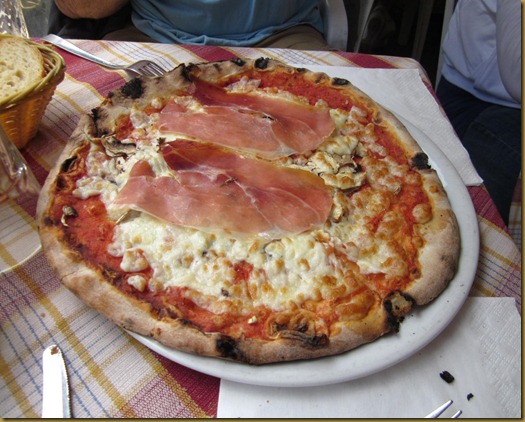 This is the restaurant we tried – Pizzaria Luzzi.  Note the dish called CANNELLONI which is next to last on the menu below.

Yep, my hubby read it wrong and thought he was ordering a CANNOLI as a dessert.  He ordered it, but the waitress never brought it out.  There was a waiter that walked by our table and Greg asked where our CANNOLI was.  The waiter looked at him kind of funny and said – “you want a CANNELLONI,  that’s a meat dish.”

Oops – how embarrassing!  Good thing the waitress forgot about it!

Lesson learned:  Read the menu closely - if there are extra letters in the word, it's probably not what you think it is :) 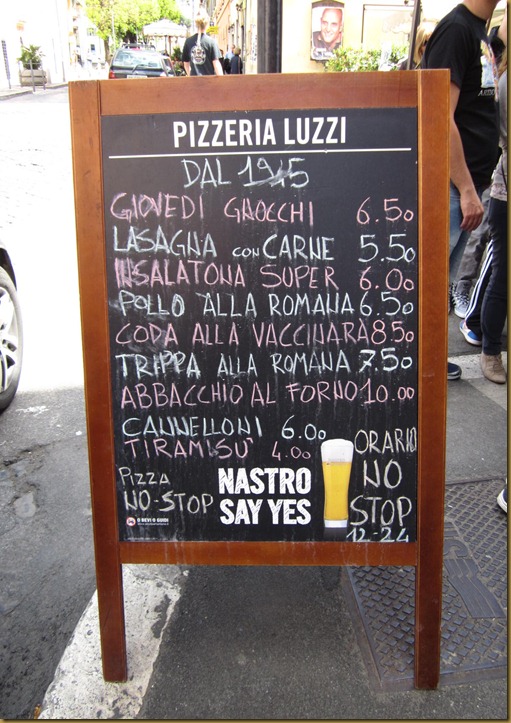 Instead, we ordered Tiramisu for dessert! 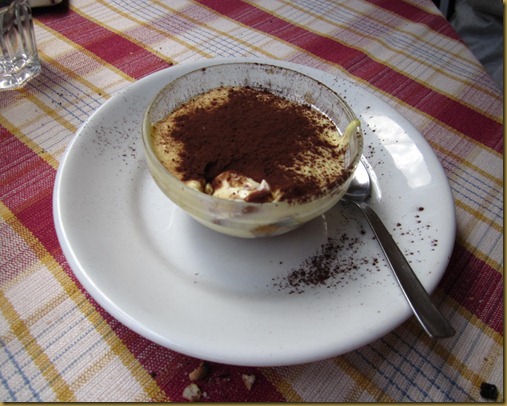