Things to do in Rome: The Colosseum

May 07, 2012
I think before you read this post and to get you in the mood, check out this clip of Gladiator (warning:  this is a battle scene with blood and stabbing).   Or even better, play it as your scrolling down through the pictures and it will make you feel as if your're back in the time of the Romans.

This place is crazy old!  Construction of the Colosseum started in AD 72 and was completed in AD 80.  The building is immense, measuring 614 feet by 512 feet and reaching a height of more than 159 feet. 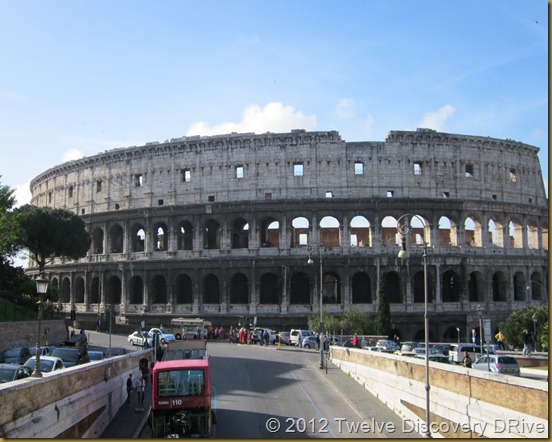 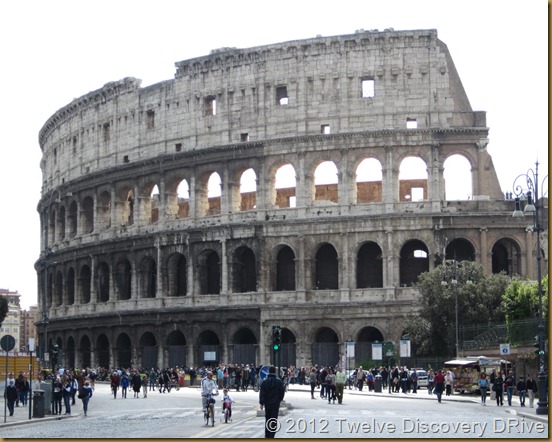 The Colosseum could accommodate some 60,000 to 70,000 spectators who could enter the building through 80 entrances.  There are still some original Roman numerals that can be seen on the stone of the building such as this one: 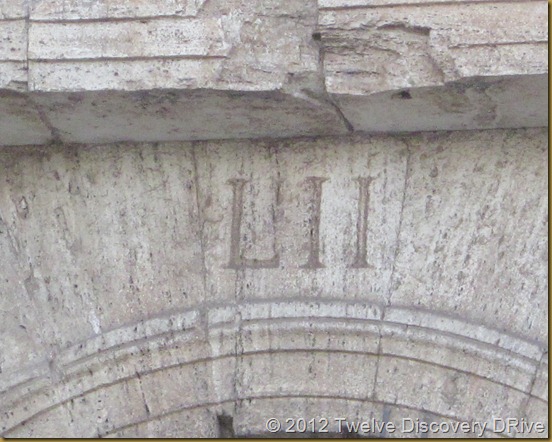 Above the ground, there are four story’s.  The upper story contained seating for lower classes and women. with distinct sections for men and women.  The nearer you got to the arena the higher your social status; in the front row were senators, vestals, priests and - naturally - the emperor. 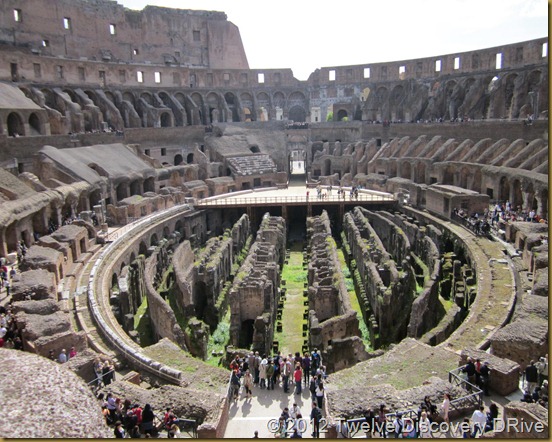 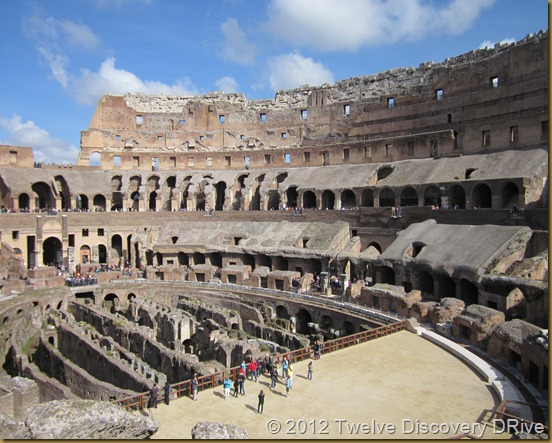 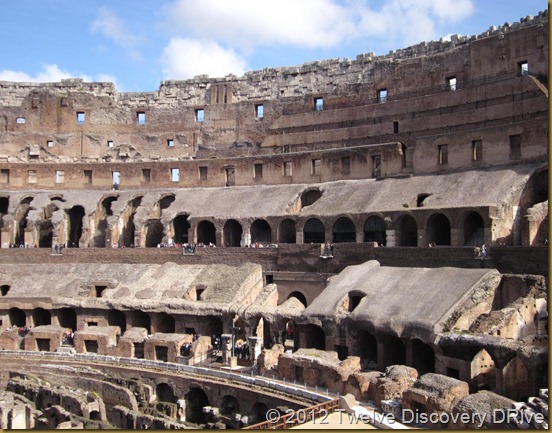 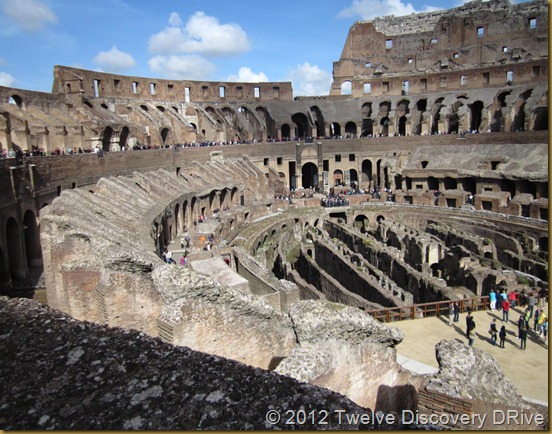 Imagine what it would be like in the Colosseum on a hot muggy day.  Well, they thought of that!  The Colosseum was covered with an enormous awning that protected the spectators from the sun. It was attached to large poles on top of the Colosseum and anchored to the ground by large ropes. A team of some 1,000 men was used to install the awning (you can see a replica of the awnings in the clip of Gladiator).

Below the ground were rooms with mechanical devices and cages containing wild animals. The cages could be hoisted, enabling the animals to appear in the middle of the arena. 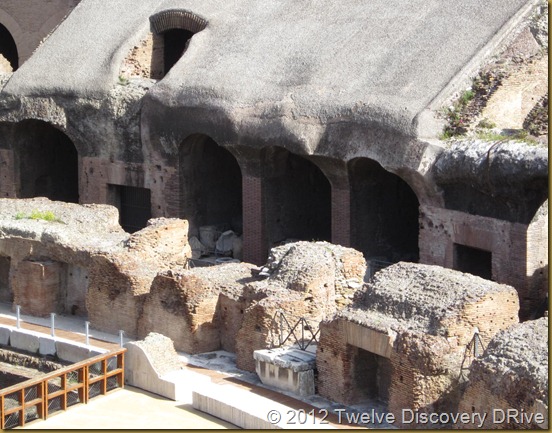 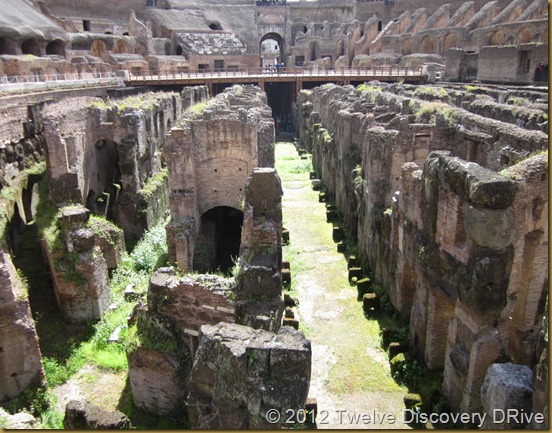 What was the Colosseum used for?  Emperors used it to entertain the public with free games. Those games were a symbol of prestige and power and they were a way for an emperor to increase his popularity.

Games were held for a whole day or even several days in a row. They usually started with comical acts and displays of exotic animals and ended with fights to the death between animals and gladiators or between gladiators. These fighters were usually slaves, prisoners of war or condemned criminals.

What was the most popular event?  The event the audience enjoyed most was definitely the gladiators.

After a brief walk around the arena, the gladiators paid homage to the Emperor’s stage saluting with the famous words "Ave Cesare morituri te salutant" (Hail Caesar, those who are about to die salute you).

The winners received golden palm leaves and large amounts of money.
The gladiator’s blood was much in demand; people thought it had healing powers and could heal you from epilepsy and give you greater sexual vigour. Source

How has the Colosseum withstood the test of time?

It’s been ravaged.  The holes still seen in many columns are holes made to extract the lead and iron used by the Romans for the nails inside the marble blocks. 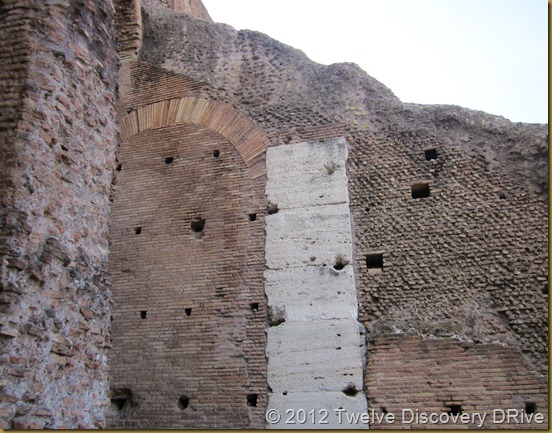 Threatened with demolition by Sixtus V for town-planning reasons, it was declared a sacred monument dedicated to the Passion of Christ by Benedict XIV, placing a cross on a pedestal, as a symbol of the sufferings of all Christian martyrs. This cross is still the starting point for the Stations of the Cross on Good Friday. Since then, it has become an object of worship for Christians and was protected from further destruction and ruin; in fact, Popes after that restored and consolidated it.  Source 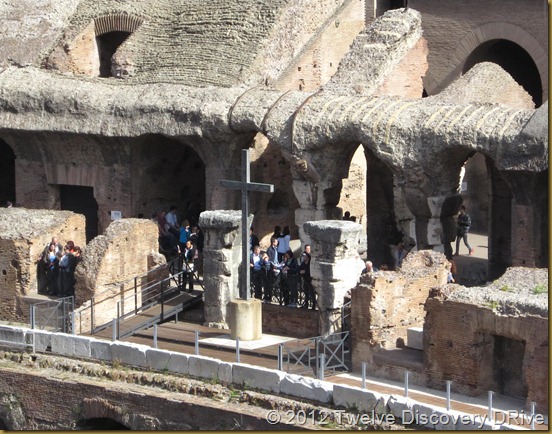 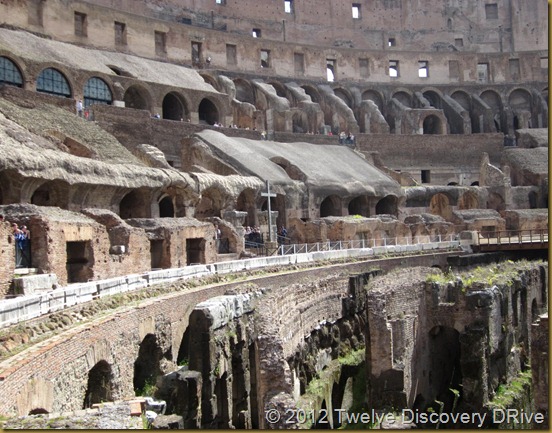 What we see nowadays is just the skeleton of what was the greatest arena in the ancient world. Three-fifths of the outer surrounding brick wall are missing.

One last parting shot of the beauty of this place…. 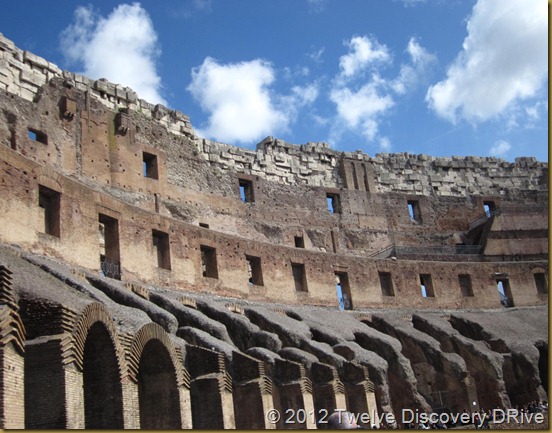 No wait, there's one more… 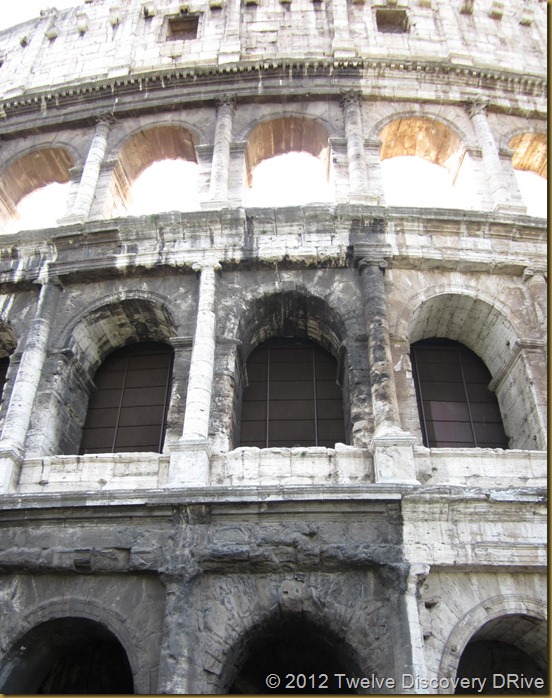 thistlewoodfarm said…
How amazing. Can you imagine the stories that building could tell. I absolutely loved this post. Thanks for the history lesson and the incredible details.

June 25, 2012
I have been collecting furniture in the garage and it was requested that I start doing something with them or else!  Since I wasn't sure what “or else” meant exactly, I started my first project this weekend :) I have been following many blogs that re-do furniture and everyone has their own way of doing things, their own favorite brands, products, and tools.  I tried to take a little something from each blog to come up with something that works for me.  I thought I would share with you the steps I took to get a beat up Bassett dresser from drab to fab! So here’s the down and dirty: Painted using Behr flat in one of those new sample size containers.  I used two coats of homemade chalk paint (added 2 tablespoons of unsanded tile grout diluted in hot water to 1 cup of paint). I noticed the paint seemed to get thicker as I applied each coat so I added little bits of water here and there to thin out the paint a little. This seemed to do the trick. The chalk paint dries super fast
7 comments
Read more