The Pantheon in Rome

May 29, 2012
They say that the Pantheon in Rome is an architectural marvel.  How is it still standing today?

The most important problem the Romans faced during the construction of the Pantheon was the massive weight of the large dome. In order to support it without proper reinforcement as it is common today, the thickness of the walls gradually decreased as the height increased. The Romans also used a different type of concrete for the dome as for the walls.

At the top of the dome is a large opening, the oculus, which was the only source of light.

What happens when it rains?  I heard that water only comes through the opening if it is a direct downpour.  There is an area on the floor that is roped off and there are drains to catch any water that comes in. 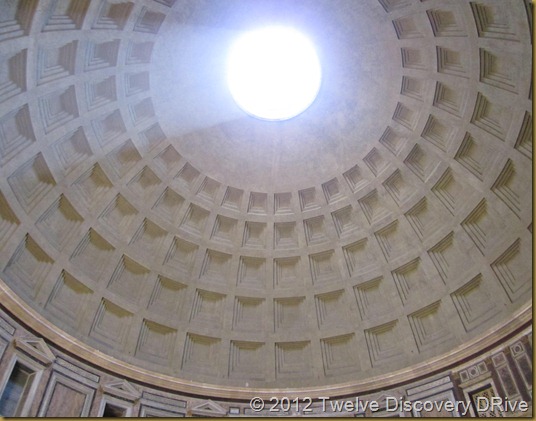 Michelangelo felt it was the work of angels, not men.

Pantheon comes from two Greek words pan, "everything" and teon "divine".
Originally, the Pantheon was a small temple dedicated to all Roman gods. and was built between 27 and 25 B.C.

After being destroyed by fire once and thirty years later, being hit by lightening (and catching fire again), it was rebuilt in its present shape.

“Where it stands was not chosen by chance, but is a legendary place in the city's history. According to Roman legend, it is the place where the founder of Rome, Romulus, at his death was seized by an eagle and taken off into the skies with the Gods.”  source

The Pantheon now contains the tombs of the famous artist Raphael and of several Italian Kings.

Seriously. this thing was built more than 1800 years ago!

This is what the front of it looks like. 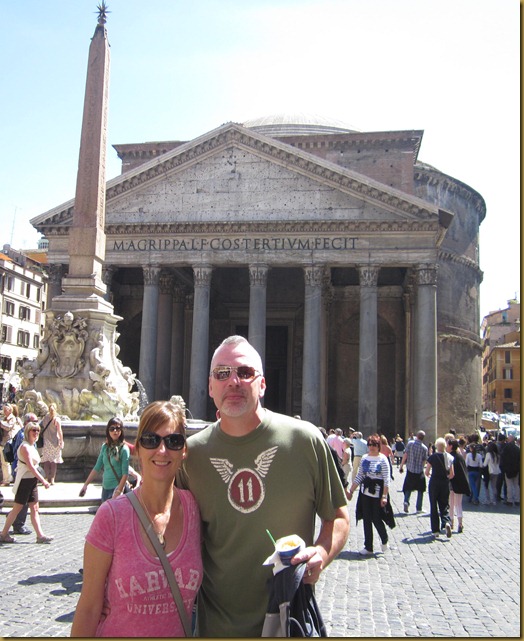 Wow, this Rome trip is turning out to be pretty darn amazing!!