The Fountains of Piazza Navona

May 10, 2012
I had the pleasure of dining at a beautiful restaurant at the Piazza Novona.  It was a true 5 course meal and I was full after the third course which was pasta – I mean, who wouldn’t be full after a plate of pasta!

I cannot remember the name of the restaurant, but we sat in outdoor seating and they served our group of about 300 people.  The service was exceptional and the food was amazing.

Here’s a little sample of Course #1.  Does this make your mouth water or what? 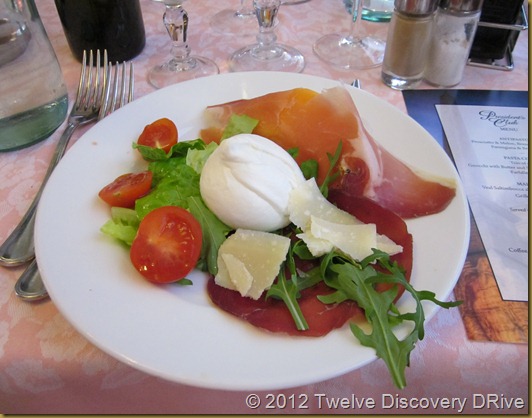 As I looked around the Square, I knew I was in a beautiful place full of history.  So, while waiting on the rest of the group to arrive and be seated, I wondered around the square and snapped a few pictures before it got dark.

The square is built on the former Domitian's stadium, built by emperor Domitian in 86 AD. Hence the long, oval shape of the square.

The stadium, which had a larger arena than the Colosseum was mainly used for festivals sporting events.  Source

The main attraction of the Piazza Navona are the three fountains.

The central and largest fountain is the Fontana dei Quattro Fiumi (fountain of the four rivers). It was constructed between 1647 and 1651. The fountain features four figures, each representing a river from a different continent - the Nile, Ganges, Danube and Rio della Plata. 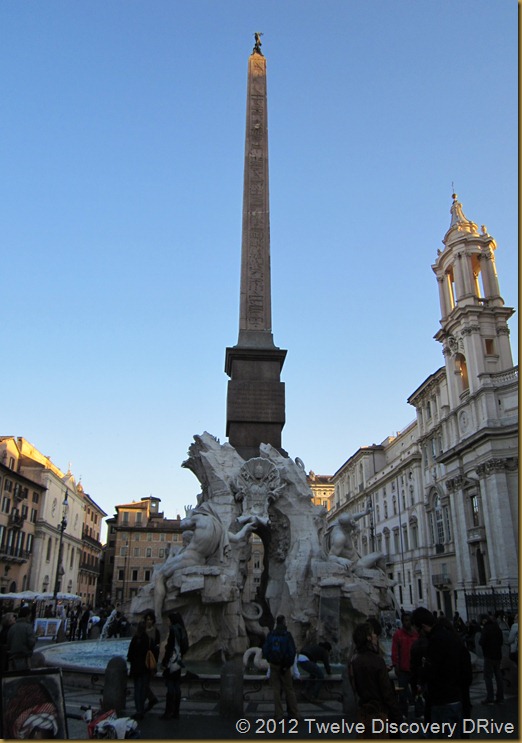 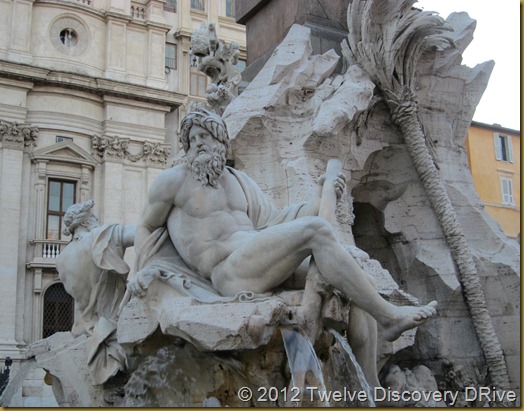 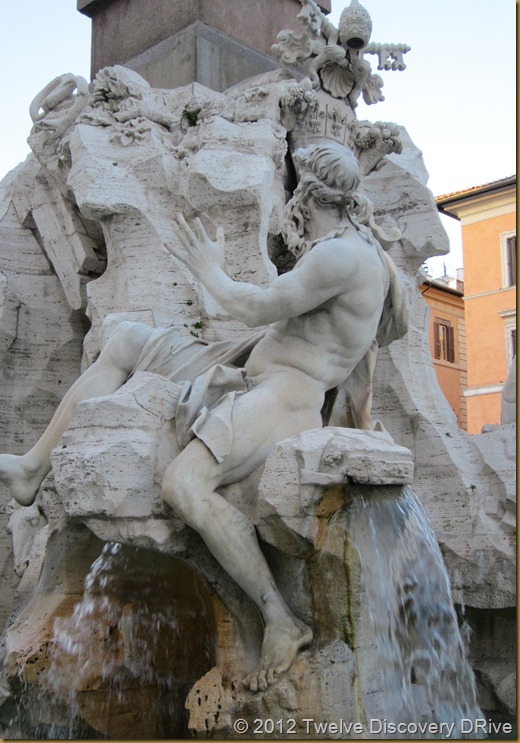 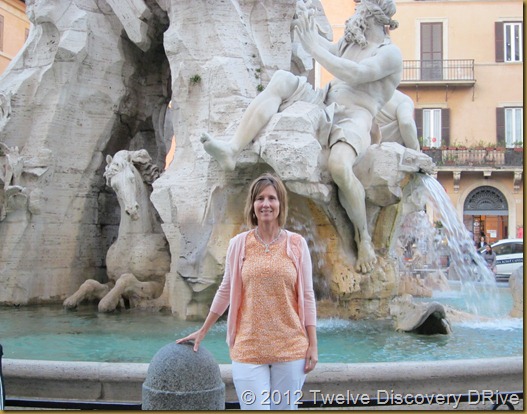 After dinner, I was able to snap a few photo’s of the Neptune Fountain.  It looks beautiful at night. 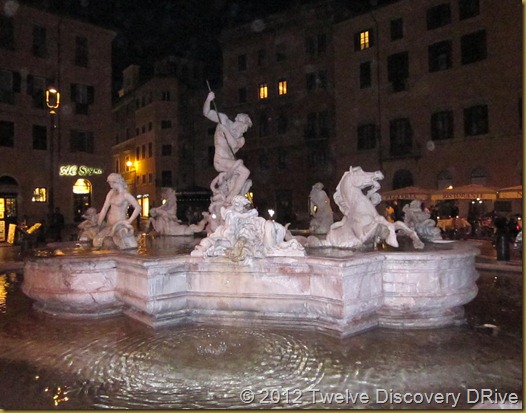 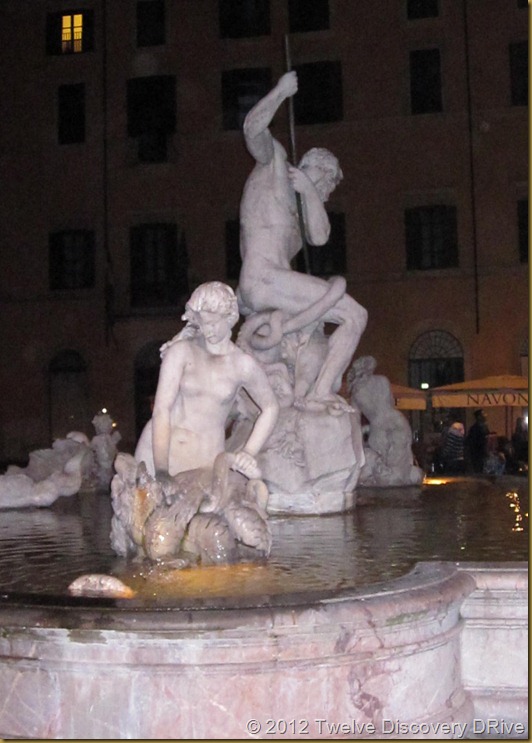 thistlewoodfarm said…
I have seen that fountain in so many movies, but I had no idea it was so old! What a wonderful dinner.