Put A Bird On It

May 19, 2012
The other day, I was talking to a co-worker about my new ventures in screen printing and he asked me if I knew what a Hipster was? I thought about it and responded, “not really, what is it”?  He went on to explain and I later looked it up in the urban dictionary.

Hipsters are a “subculture of men and women typically in their 20's and 30's that value independent thinking, counter-culture, progressive politics, an appreciation of art and indie-rock, creativity, intelligence, and witty banter.”

He told me about this new television show called “Portlandia” which is aired by the Independent Film Channel. Portlandia focuses on how life really is in Portland, Oregon and stars Fred Armisen and Carrie Brownstein. The shows characters are all hipsters.

Still not sure what it is?  There is this really cool clip on You Tube (which has been viewed 1,432,560 times) where characters Lisa and Bryce put birds on things. This particular clip is from episode 2.

What am I telling you this for? I wanted to debut my new screen printed medium size back-pack with you guessed it – Put A Bird On It! 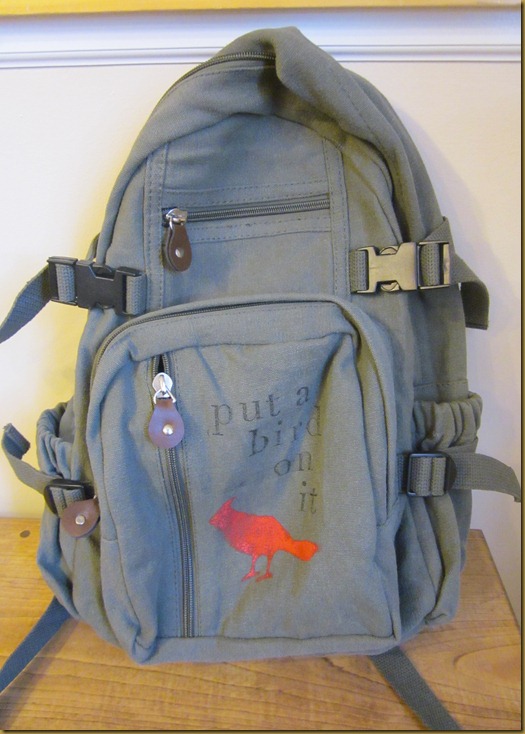 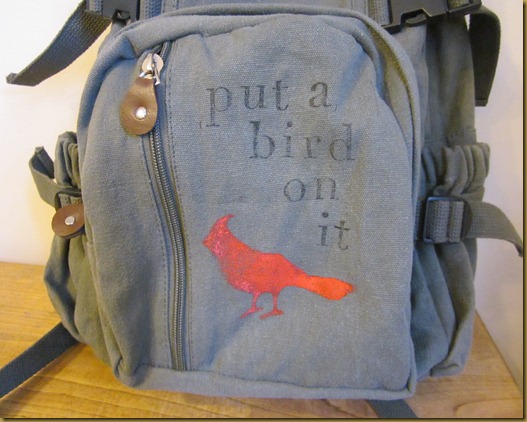 I love this backpack – what do you think?

Put A Bird On It!