January 19, 2012
When my daughter moved out this past September, I decided to take an old chair that I had picked up at the thrift shop and re-finish it for her first apartment (paid $4.00 for it).  This was one of those DIY projects where I actually started taking pictures as I went along.  I wanted some really nice before and after pictures to share.

Well, a funny story about those before and after pictures…..

It was a nice sunny day........and I was painting in the garage with the garage door open.  After taking several before photo’s, I laid my camera on top of the hood of my Santa Fe which was parked right in front of the garage.  While I was on my second coat of paint, I got a call to pick up some items a few miles away.  So, I pushed everything in the garage, ran into the house and got my keys and jumped into the car – and took off.  At this point, I still didn’t realize that my camera was been sitting on the hood of the car.  I drove to my friends house and then returned home.

I opened the garage and got ready to start painting again when I decided to take another shot of the project.  It was that very moment that I realized what I had done!  I looked over at the hood of the car and there was no longer a pretty red camera sitting on top.  I grabbed my keys again and retraced my route. Unfortunately, I never found that red camera.  I don’t know how I missed a shiny red camera sitting on a silver hood!  I miss that old camera.

So, I only have the “after pictures” to share.  Guess you’ll have to take my word for it when I say the previous version of the chair was a little on the hideous side!  I think it turned out pretty good though.  The chair had stampings from 1959 on the bottom of it. 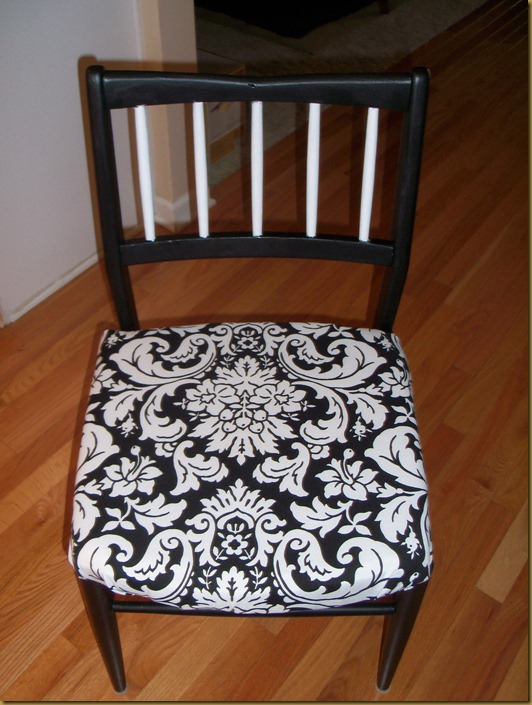 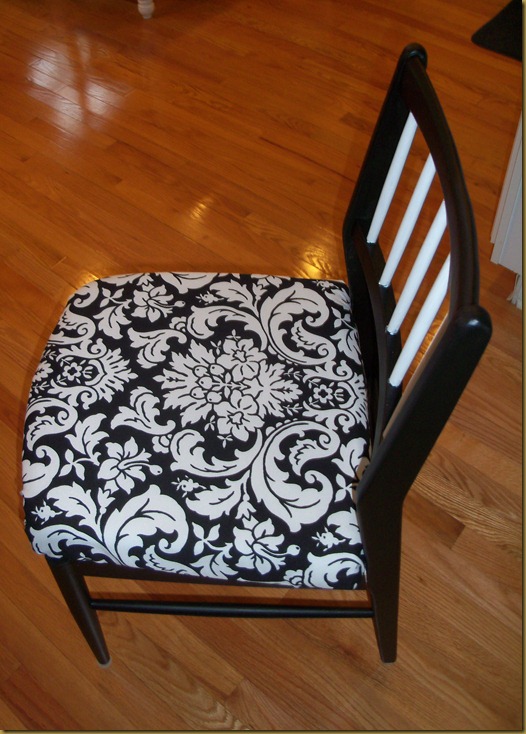 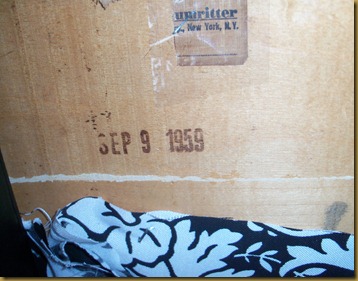 I am participating in Thrifty Thursday! 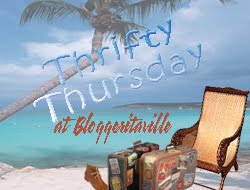 Linda :) said…
Love it....I really like the contrast on the spindles!

Stacey said…
I love the chair and the fabric is fabulous!
Thanks for linking up this week at Embracing Change!
Stacey :o)
April 23, 2012 at 12:17 PM