June 27, 2012
“Trafalgar Square, the largest square in London, is often considered the heart of London. Since its construction in the early 1800s, Trafalgar Square has been seen as a center of national democracy and protest. Rallies and demonstrations are frequently held at weekends on a range of political, religious and general issues. The Mayor supports this democratic tradition, and gives access to the square for such causes.”  Source

The square is surrounded by many great buildings. On the north side is the National Gallery which houses a collection of more than 2300 paintings, including works by van Gogh, Renoir, Leonardo da Vinci and Claude Monet. 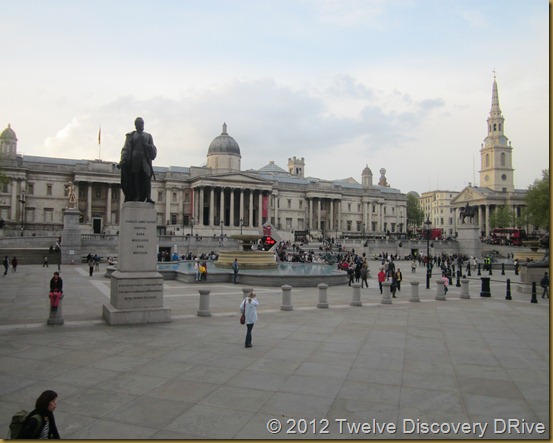 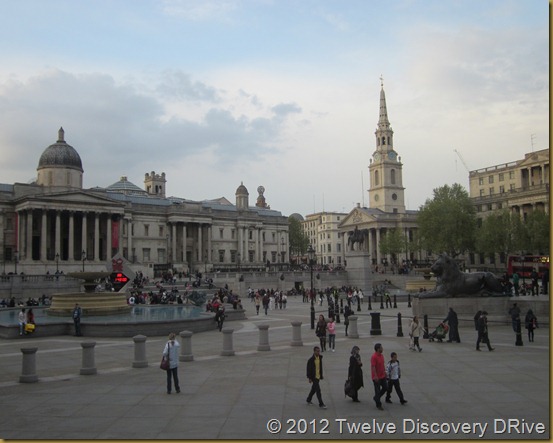 The Olympic Countdown Clock at the Square 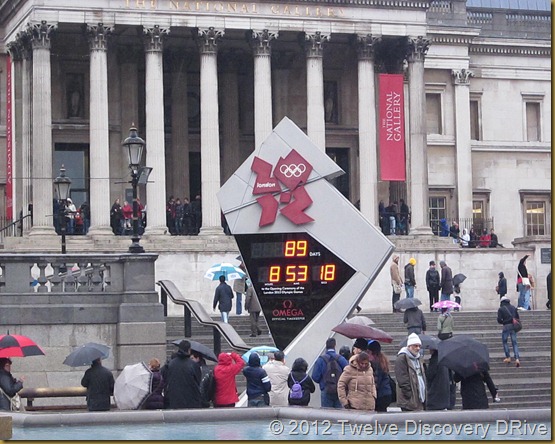