I Went to My First Auction – Hooked!

July 20, 2012
I have been toying around with the idea of going to an auction and since the weather was not cooperating for boating, I decided to find an auction to go to instead.  Luckily, I was able to talk hubby into going with me!

After quickly searching the internet, I found an auction that sounded interesting and was only about 40 minutes away.  The auction started at 10:00 a.m., but by the time I decided to go it was already noon.  I called the auction to make sure it wasn’t too late.  The lady that answered the phone told me to come on out.  The auction would be going on until at least 5 p.m.

Hubs and I headed out and found it pretty quickly.  At first there were signs “Auction Ahead” and then there were lots of cars with very little parking!  I didn’t care, I was super excited!

There were two auctions going on at once (outdoors).  Household items were being auctioned off in the front and tools and furniture in the back.  My mind was going a mile a minute trying to figure out if I should go to the back or stay in the front!

I finally saw something that I wanted to bid on, but found out you needed a tag with a bidder number in order to bid.  I went to the little trailer to pick mine up.  I told the lady at the trailer that this was my first auction and she smiled and encouraged me to have a good time.

I walked away with my bidder tag in hand and headed to the back where I saw a couple things that interested me.  The auctioneer then picked up a vintage Smith Corona typewriter and something inside of me said “I want that” so I raised my hand for my first ever auction bid.  I wasn’t going to stop until I won that thing :)

It was a fun kind of rush – I won three more lots/items before we headed home.

I am definitely hooked….

I love auctions – who would have known! 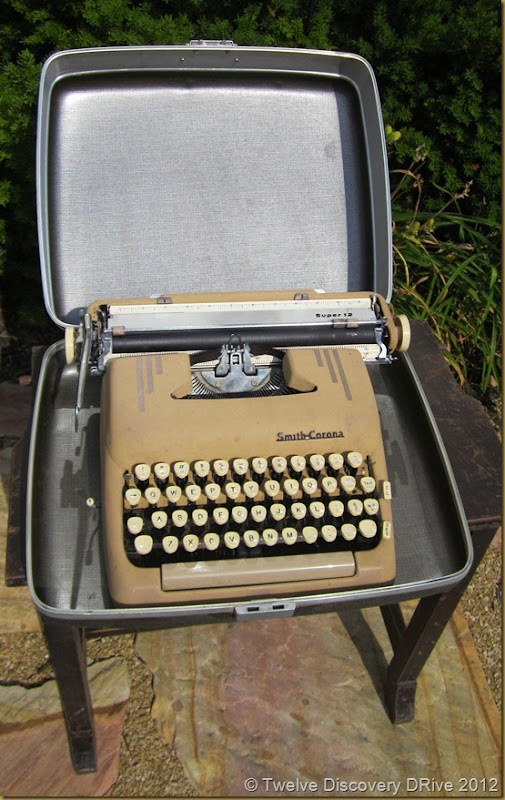 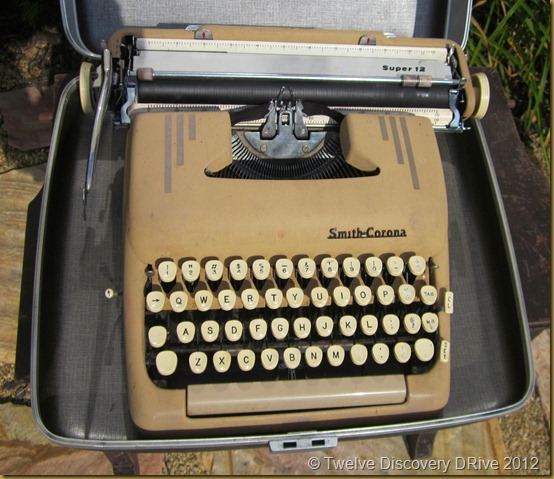 Can’t wait to go to my next auction.  Have you ever been to an auction and what was your first find??