Taking the Tube in London

August 08, 2012
So we fly into London’s Heathrow Airport, both of us lugging around a 50 pound suitcase and a carry-on.  I also had a purse and souvenir bag from Rome.

We’re not really sure about the best way to get to our hotel which is on the outskirts of London (about a 45 minute drive without traffic).  Probably should have researched before leaving!

Hubby stops and asks airport information “what’s the most inexpensive way to get to East Croydon.”  After what seems like a ten minute conversation, hubs comes back and has a plan.  We are headed to the Underground to take the Tube.  At this point, I’m excited!  It’s just another adventure in a brand new country! 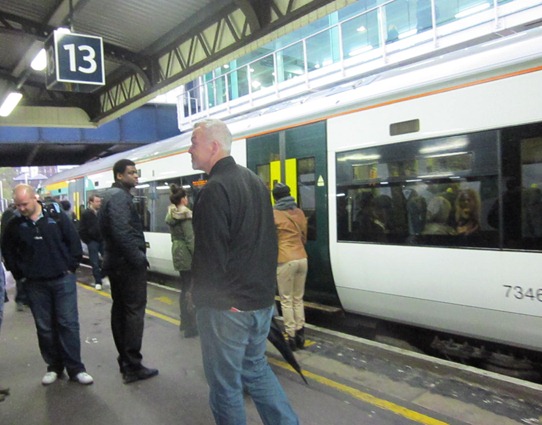 What I didn’t realize is that this little adventure would take almost three hours and require us to change train stations at least three different times, all while lugging these 50 pound suitcases – right into rush hour!  At one point we were packed in like sardines and I started to panic trying to figure out how we were going to be able to get off the train together with all our luggage before the doors slammed shut.

Can you imagine the look I gave Greg as we began hour three of this seemingly endless journey!

Well here is the look he gave me when I took one too many pictures: 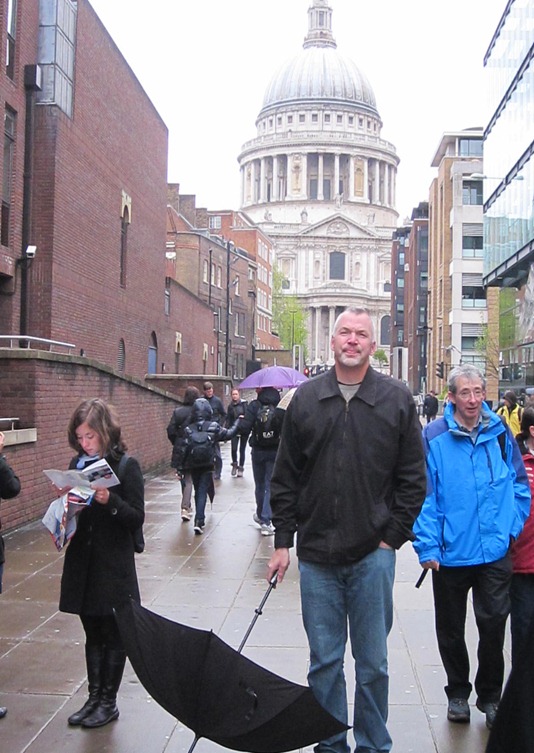 Trust me, my look was much worse!

I was thinking, where did he book this hotel?  Why is it so far from the airport?  In his defense, everything is far from Heathrow.  Poor guy, he didn’t realize we would have to change trains so many times.   Luckily, the hotel he booked was brand new and it ended up being a really nice place to stay.  It was the Hampton Inn in East Croydon.  Rooms are small, but that's typical in London. 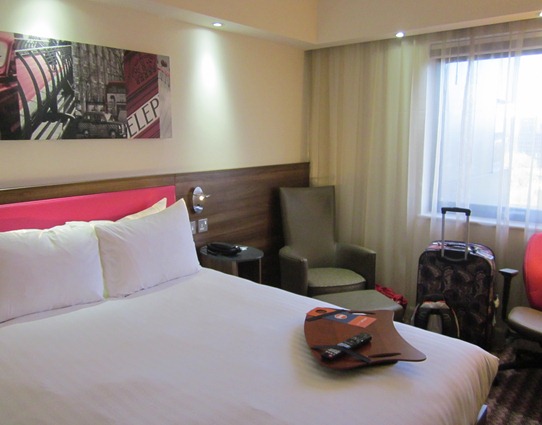 Lesson learned:  Learn a little about the transportation options before you get to your destination – especially when in a different country!

Travel Tip: Buy the Travel Card. It is only about $8 and you can use it for 24 hours. We bought one each day we were there. It gets you on the Underground and city buses.

June 25, 2012
I have been collecting furniture in the garage and it was requested that I start doing something with them or else!  Since I wasn't sure what “or else” meant exactly, I started my first project this weekend :) I have been following many blogs that re-do furniture and everyone has their own way of doing things, their own favorite brands, products, and tools.  I tried to take a little something from each blog to come up with something that works for me.  I thought I would share with you the steps I took to get a beat up Bassett dresser from drab to fab! So here’s the down and dirty: Painted using Behr flat in one of those new sample size containers.  I used two coats of homemade chalk paint (added 2 tablespoons of unsanded tile grout diluted in hot water to 1 cup of paint). I noticed the paint seemed to get thicker as I applied each coat so I added little bits of water here and there to thin out the paint a little. This seemed to do the trick. The chalk paint dries super fast
7 comments
Read more